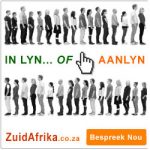 A major computer malfunction crippled traffic at Amsterdam’s Schiphol airport on Wednesday causing the delay or cancellation of more than 100 flights at one of Europe’s largest transportation hubs.
Passengers faced hours of delays due to a technical problem at the Netherlands’ Air Traffic Control, forcing flights to be diverted to alternative European airports, a spokesman said. KLM, the national carrier, canceled flights to Germany, Belgium, Britain and the US, among others. “We are not sure yet what the cause is or how long it will take to fix it,” said Schiphol spokesman Paul Weber. Air traffic control spokeswoman Maj-Britt van Raalte said the airport was unable to handle the normal number of flights.