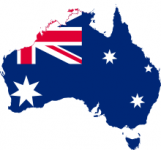 A heavy debate was instigated on social media when reports where made public regarding retraction on asylum for South-African farmers.

This broadcast was spread early last week after the South-African government claimed a letter from the Foreign Minister Julie Bishop was a retraction of Mr Dutton’s earlier statements. However, it has come to light that the ANC-regime are deceitful regarding the true state of affairs and denies that white farmers faces violent crime and are targeted by criminals because of their race, or that they were facing political persecution.

This manifestation comes after, Home Affairs Minister Peter Dutton stirred anger in Pretoria when he said white farmers were being targeted in South Africa, and indicated the Federal Government might offer refugee visas to those facing the threat of violence and persecution.

This morning, Mr Turnbull reiterated Australia’s humanitarian program was open to South Africans who feared persecution, but insisted no special category would be required.

“It is non-discriminatory and it is a very generous program, people in South African who feel that they have been persecuted are certainly able to apply, there is no question about that,” Mr Turnbull told ABC Radio.

He said the issue of violence in South Africa was being raised by members of the South African community in Australia.

“We obviously raise those concerns with the South African Government,” he said.

“Their contention is that they are maintaining law and order in South Africa, but clearly we raise concerns on a consular basis as we do in many parts of the world.”

Yesterday, the South African Government claimed a letter from the Foreign Minister Julie Bishop was a retraction of Mr Dutton’s earlier statements.

But Ms Bishop said the letter simply reiterated Australia’s humanitarian visa program was non-discriminatory, and Mr Dutton insisted Ms Bishop had not contradicted any of his statements.

“It restates our position … I’m not sure how it can be interpreted the way that the South African Minister has interpreted it,” Mr Dutton told Sky News.

He also suggested Lindiwe Sisulu might have made the statement to placate a domestic political audience.

“I’m not sure what domestic issues are at play in terms of the politics in South Africa that would bring this comment out, but it’s not based on any factual statement by anyone in the Australian Government,” Mr Dutton said.

Dutton ‘not speaking on behalf of Government’

“And we are very happy with that.”

Mr Mabaya said Australia’s High Commissioner to South Africa, Adam McCarthy, had also indicated Mr Dutton’s comments did not represent Australia’s position on immigration, and “therefore we should not take them [seriously]”.

The debate over violence against farmers in South Africa is racially charged and hugely sensitive. White farmers own the bulk of privately held-farms, and the South African Government has declared that it plans to seize land and redistribute it.

Dutton ‘wants to help people in need’
Mr Dutton said his department was now examining some “pretty explicit” cases of farmers who had borne the brunt of violent crime.

“You look at the detail of some of the cases that have already been sent in, it’s unquestionably the case that there are some very difficult circumstances,” he said.

“I want to make sure we can help those people who are in need.

“I believe we can look at some of those cases, and determine whether or not those cases meet our criteria, and if so, we’d offer places to people in that circumstance.”

Mr Mabaya conceded some white farmers had faced violent crime. But he denied they were targeted by criminals because of their race, or that they were facing political persecution.

“So yes, if the opportunity does arise for these young people to take up the offer — our loss regrettably but certainly your gain.”

Ms Simpson said she had been attacked last year on her farm and also described dairy farmers at a nearby property being murdered.

2 thoughts on “Can we assume that the ANC-regime is lying regarding asylum for white South-African Farmers in Australia?”