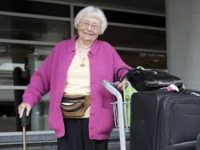 While a number of emigration options exist for working South Africans, moving to the UK can be complicated – especially when leaving an elderly loved one behind.

This is an understandable concern and it is often difficult for these elderly parents or grandparents to take care of themselves financially and emotionally.

However, it is possible to bring them with you in the form of an Elderly Dependent Visa.

According to Breytenbachs Immigration Consultants, the UK elderly dependant visa is known for having strict criteria.

“There also need to be medical records, showing why the elderly person needs long-term permanent care.

“The person who applies for the elderly dependent visa must be unable, even with the practical and financial assistance of the UK sponsor, to obtain the required level of care in his/her home country. This can be because it is either not affordable or not available.”

Breytenbachs said that the sponsor must also be a British Citizen, and be present and settled in the UK.

They must prove that they are able to provide adequate maintenance, accommodation, and care for the elderly dependant without having to rely on UK public funds.

The sponsor need to sign a sponsorship undertaking form to confirm that they will be responsible for the care of the elderly dependent. This form also states that the sponsor cannot rely on public funds for a period of at least 5 years.

“If the UK sponsor has EU nationality, it will definitely simplify matters. This is because the rules for the elderly dependents are much more lenient under the EU Immigration law,” it said.

“Under EU law, you can bring an elderly dependent to the UK. This can de done by showing that you are exercising treaty rights in the UK by studying, working, being self-employed or self-sufficient.

“You also need to prove that the elderly dependent is dependent on you.”

While Breytenbachs was unable to provide data on its own success rates, it noted that recent data has shown a steep drop-off in successful applicants.

Citing recent data published by the Free Movement organisation, Breytenbachs said that in December 2016 the Home Office published a review of the adult dependent relative rules.

The review found that the number of visas issued to parents and grandparents plummeted from 2,325 per year to an average of 162 per year when the new rules were introduced.

“So basically, it is a notoriously difficult immigration route to prove, as proven by these statistics,” Breytenbachs said.

However, the group said that there are still options for elderly loved ones.

“What many South Africans do is to apply for the long-term visit visa to the UK.