EDINBURGH – South African-born cricketer Con de Lange died on Thursday after a battling a brain tumor. The 38-year-old played 21 internationals for Scotland, making his debut in a T20 International against Ireland in June 2015, and going on to be a vital part of their middle order.

His left-arm spin brought him 24 wickets, his best haul being the 5/60 against Zimbabwe in Edinburgh in June 2017, which set up Scotland’s historic first one-day international win against a Full Member.

He featured in five matches after that, the last of which was in November that year against Papua New Guinea in Dubai, before being sidelined for health reasons that were at the time not made public.

In October last year, the family went public with the news of his illness, launching a campaign to raise money for the Brain Tumour Charity. At the time, Malcolm Cannon, Cricket Scotland CEO, said: “Con has been a superb servant to the game of cricket in Scotland and is a very popular member of the squad.

“We are now delighted to help the cause by spreading the word throughout the broader cricketing family both at home and overseas and we know there will be an overwhelming level of support from this close-knit community.”

Before turning out for Scotland, De Lange also played domestic cricket for Cape Cobras and Knights in South Africa, and Northamptonshire in England. He is survived by wife Claire and two children.
Tributes flowed in for de Lange from across the cricket world.

Former Proteas bowler Allan Donald said: “Gutted to hear that Con De Lange has passed away this morning. What a warrior he was and taken so young. My sincere condolences to the family and there two children. RIP Con De Lange”

Current Proteas player JP Duminy said: “Truly a champion of a man. Honored to have shared many memories with you. Thoughts and prayers go out to the De Lange family. RIP my brutha.”

Jacques Kallis, former SA allrounder, said: “Sad to hear of the passing of Con De Lange. Thoughts and prayers go out to his friends and family. RIP” 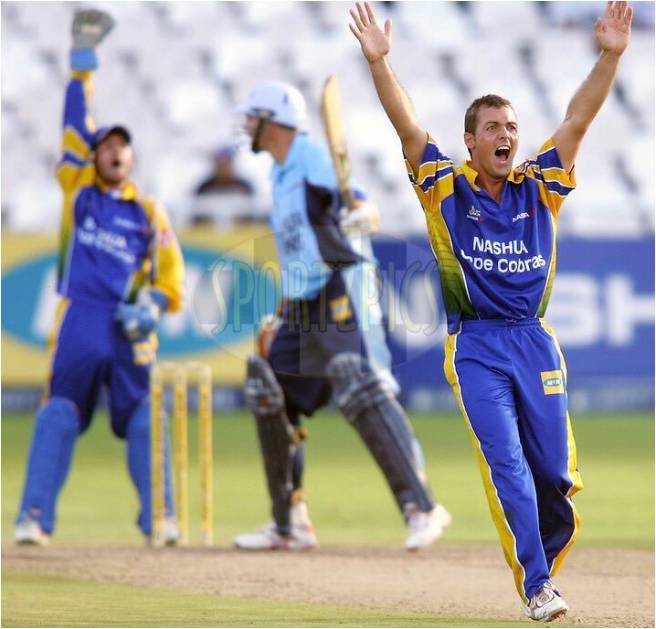 Please Contact Us here. for details on advertising on SAFFA.com, SA-News.com and our network of channels.