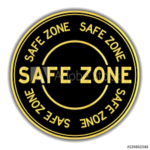 Travel at its best can be exciting, stimulating, thrilling and breathtaking. Discovering new places, meeting new people and experiencing new cultures often requires an effort to break out of your comfort zone, and, in doing so, travel becomes a learning experience.

Some of that education may come from things going wrong: A bus breaking down in a remote rainforest in Mexico for five hours or an airline losing your luggage for a week-long vacation to London can teach you a lot about patience, how to make the best of a bad situation, and to travel lighter.

Travel can also be dangerous, especially if you find yourself in the wrong place at the wrong time. The U.S. Department of State Travel Advisories keeps tabs on the world’s “danger zones,” listing the most dangerous countries you should avoid.

Here, we take a look at the most perilous of them, so you can skip the dangerous places and keep the exhilaration of travel on the positive side. 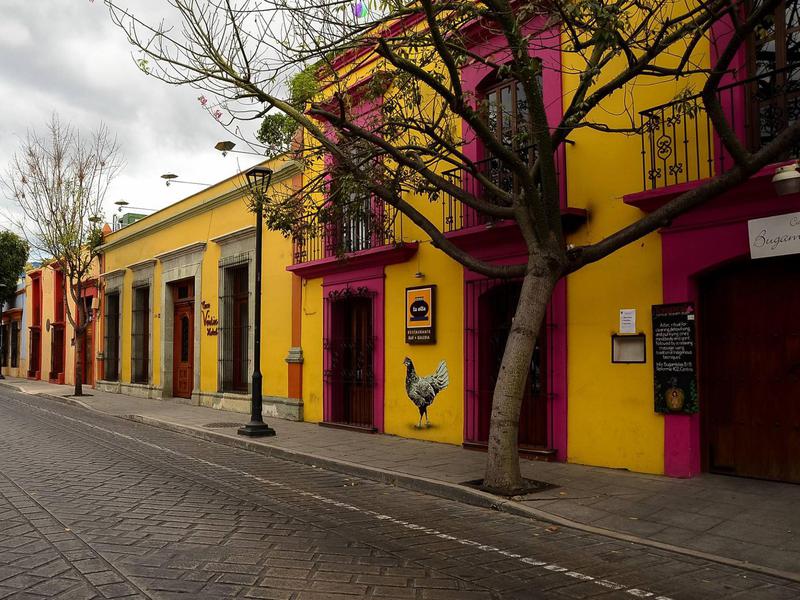 The areas on the travel advisory are not destinations vacationers frequent. You can still delve deep into Mexican culture in safer states like Oaxaca, which is home to the city of the same name. You’ll find multicolored colonial buildings dating back to the 16th century as well as colorful foods in open-air markets.

Experience a lively central square, the Zocalo, shop for handmade arts and crafts, and dine in intimate, authentic Mexican restaurants that won’t even know what queso dip is – Oaxaca is a not your overcrowded tourist destinations of Cancun and Puerto Vallarta.

With a mountainous setting, you won’t find beaches and all-inclusive resorts, but you will see the history of the region, particularly when reviewing the historic murals at Palacio de Gobierno. 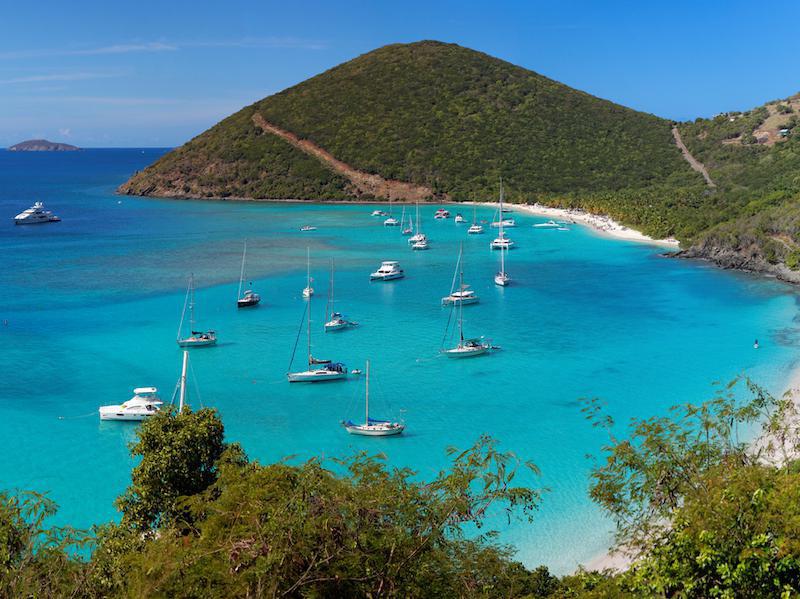 After the devastation of Hurricane Irma – which caused power outages and damaged roads, and even wiped out entire resorts – the British Virgin Islands were placed on the travel advisory in 2017.

What a difference a year makes!

The people of the BVI pulled together to get the islands back into shape, with companies spending millions to resuscitate luxury resorts. Today, BVI is back as a level-one (lowest-risk) country on the travel advisory, meaning it’s once again safe to return to, with only minor precautions.

Resorts like Scrub Island and national parks including The Baths, a granite-rock park on the island of Virgin Gorda, are reopen for business.

Do Visit Bolivia, Argentina and Peru 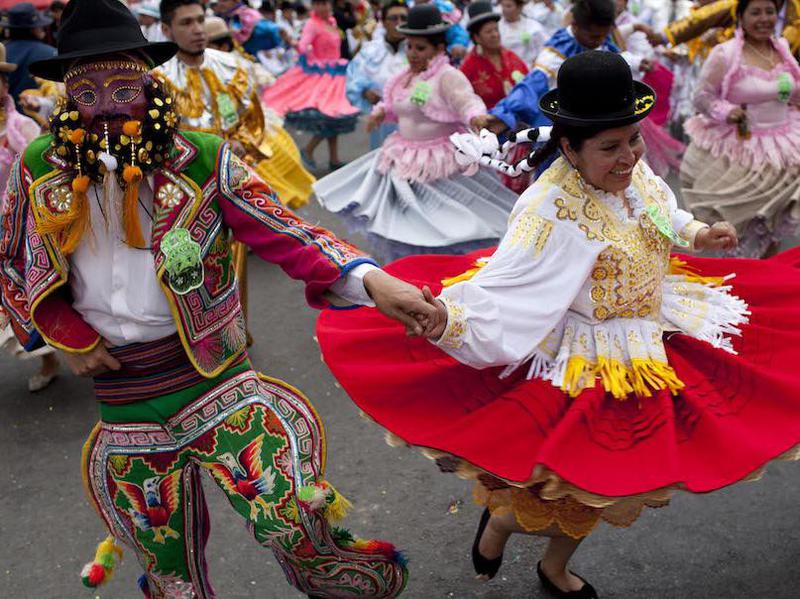 Much of South America is very safe for travel and does not carry even a slightly elevated alert from the State Department, including Bolivia, Argentina and Peru.

Both Peru and Bolivia straddle Lake Titicaca, which is the highest navigable lake in the world, rising more than 12,500 feet above sea level. Be sure to sample the local delicacy, which is guinea pig, served whole and skinned (not for the faint of heart!).

Adventurous travelers make their way in droves to see the 15th-century lost Incan city that is Peru’s Machu Picchu, set in a stunningly beautiful mountainous landscape one may reach by hiking or train.

In Argentina, the cosmopolitan Buenos Aires is South America’s business hub, as vibrant and exciting as any capital. 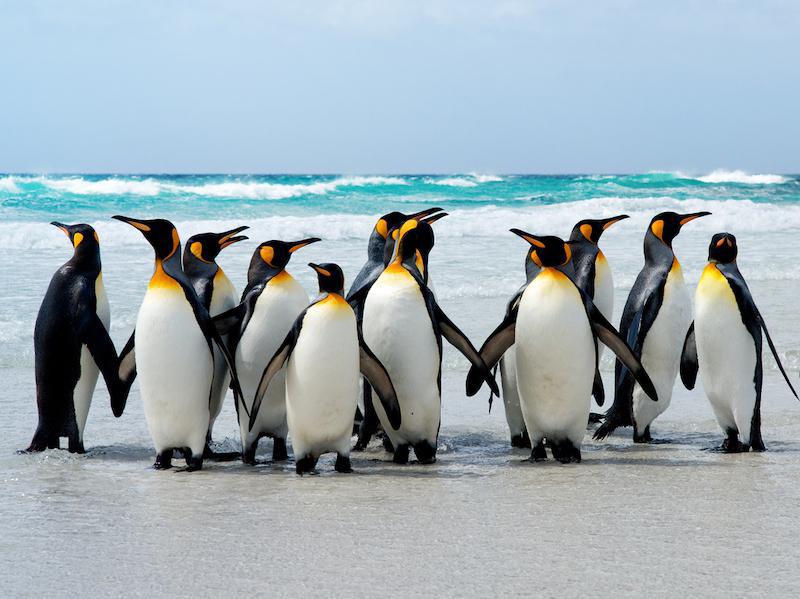 Under British rule for generations, the Falkland Islands were invaded by Argentina in the 1980s. The islands, just off the coast of Argentina, were claimed to be part of their land. Britain won the brief war, but in the minds of Americans, the remote Falklands received a bad rap for being a place of unrest.

This is absolutely not true.

These very safe islands in the southern Atlantic Ocean are gorgeous and filled with wildlife. (And tout a level-one travel advisory.) From stunning beaches to maritime exploration to colonies of penguins (the islands are near Antarctica, after all), there is much outdoor beauty to enjoy and explore here.

Do Visit Namibia, Botswana and Zambia

Did the warnings in Africa scare you? If you have always dreamed of taking an African safari, don’t be shy.

Namibia, Botswana and Zambia, far removed from the aforementioned dangers, are in completely safe zones, according to the State Department. Home to national parks and multiple game preserves, the countries offer a chance to see lions, giraffe, zebras, elephants and more in their natural environment.

Tribes of bushman still living the same way of life their forefathers have lived for centuries, including the San Bushman, who have lived in Southern Africa for 80,000 years, are friendly, and children in the tribes especially love meeting — and are fascinated by — foreigners. Visiting a tribe provides a cultural experience like no other. 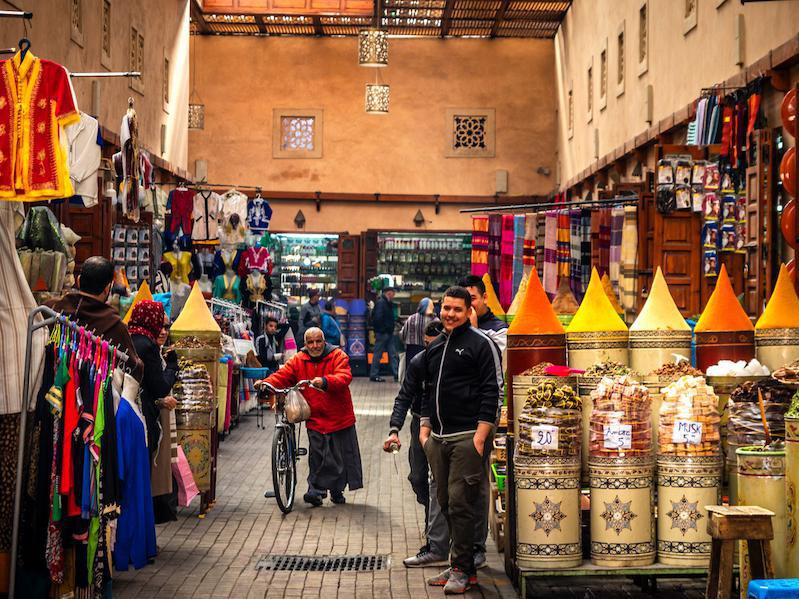 In recent years, the State Department has advised heightened precaution in Morocco due to reports of travelers being mugged and attacked. Petty crime, harassment and attacks on women were on the rise, and there was an increased risk of terrorism.

However, only two terrorist attacks have taken place in the country since 2000, and the U.S. travel advisory dropped Morocco down to a level one in spring of 2018, opening the door for U.S. visits to the North African country.

Precautions still are in order and you shouldn’t let your guard down in the markets. You should also stay in heavily populated areas unless with a tour operator, and be respectful to locals. The people of Morocco aren’t thrilled with having their photo taken, and expect foreigners to cover their skin when visiting.

With this awareness, you can safely visit this country that’s home to staggering mountains, expansive desert and the bustling capital city of Marrakesh, which Winston Churchill once called “the last paradise on Earth.” 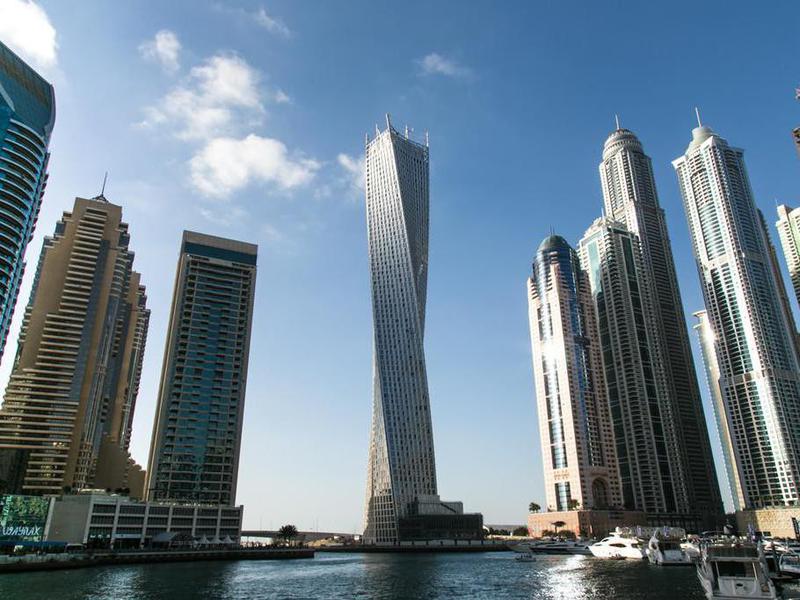 Not all of the Middle East is closed off to the west: The United Arab Emirates and Qatar are extremely safe, with some of the strictest laws to keep crime to a minimum. Both have become popular destinations in recent years, due to the increasing number of high-end resorts, shopping and over-the-top grandeur found in Dubai and Doha, respectively.

Both Dubai and Doha are waterfront cities with manmade islands offering outdoor shopping and art promenades. While these wealthy countries may provide only a limited view of the complexities of the Middle East as a whole, they are fascinating places to explore. 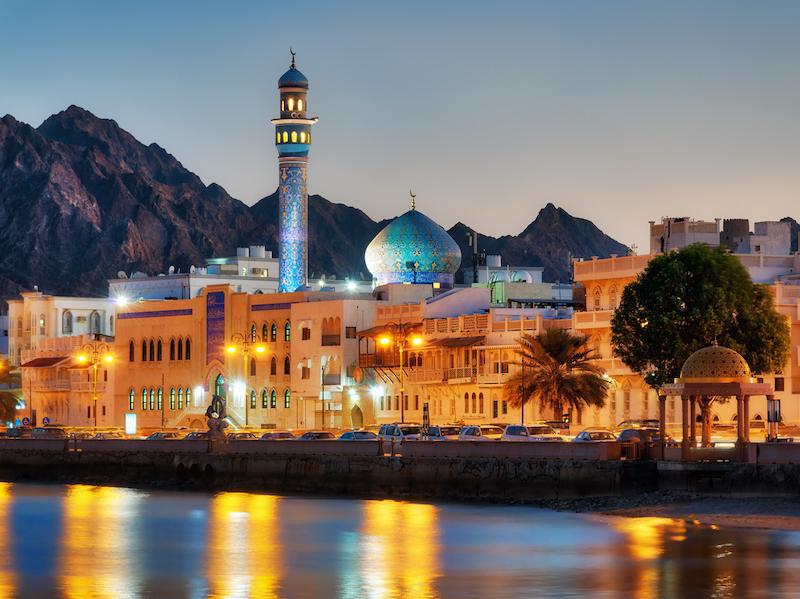 Oman’s neighbors of Saudi Arabia and Yemen may be the reason some travelers don’t think the country is stable enough to visit. But actually, Oman is a neutral country that tries to avoid the conflicts of other Middle Eastern nations, and it currently carries only a level-one security risk from the travel advisory.

Crime is very rare in the country, and terrorism is relatively uncommon. Americans should avoid travel along the borders, but can otherwise enjoy this country’s 2,000-mile coastline along the Arabian Sea, Indian Sea and Gulf of Oman.

Other highlights can be found in the Sharqiya Sands desert and Jebel Shams mountains. The capital city of Muscat touts a fantastic golden-sand beach, beautiful mosques and palaces, and lively markets and shopping. 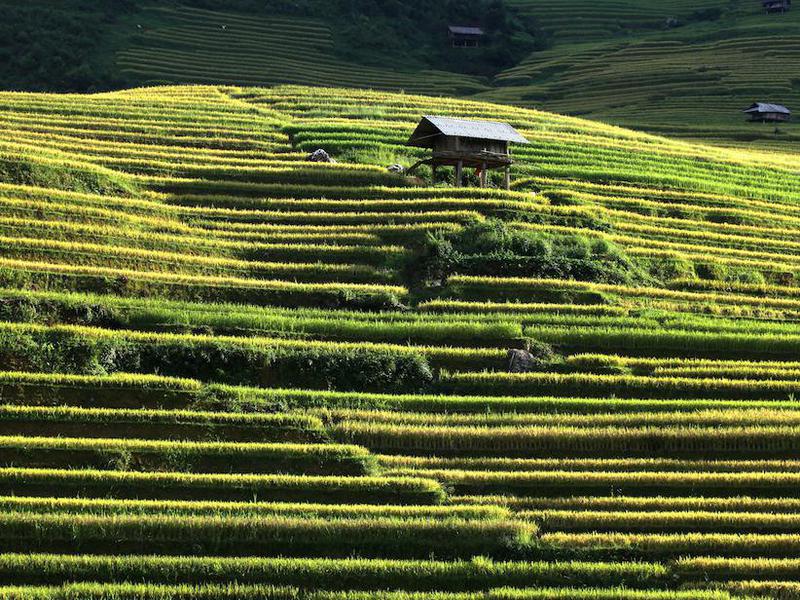 Asia is an expansive continent, made up of nearly 50 countries that provide as many unique travel opportunities for wanderlusters.

One of the safest countries is South Korea, with 5,000 years of history and an exotic, bustling capital city, Seoul. Another excellent choice? Taiwan, which was ruled by Japan for 50 years and by China since 1945, and offers a blend of both cultures.

There is no unusual need for caution when visiting Japan, a mix of old and new, home to thriving, fast-moving Tokyo and the temples and geisha culture of Kyoto.

And, one of the “it” destinations of 2019, Vietnam is a combination of lush mountains and beautiful beaches paired with the historic Ho Chi Minh City and Mekong Delta. 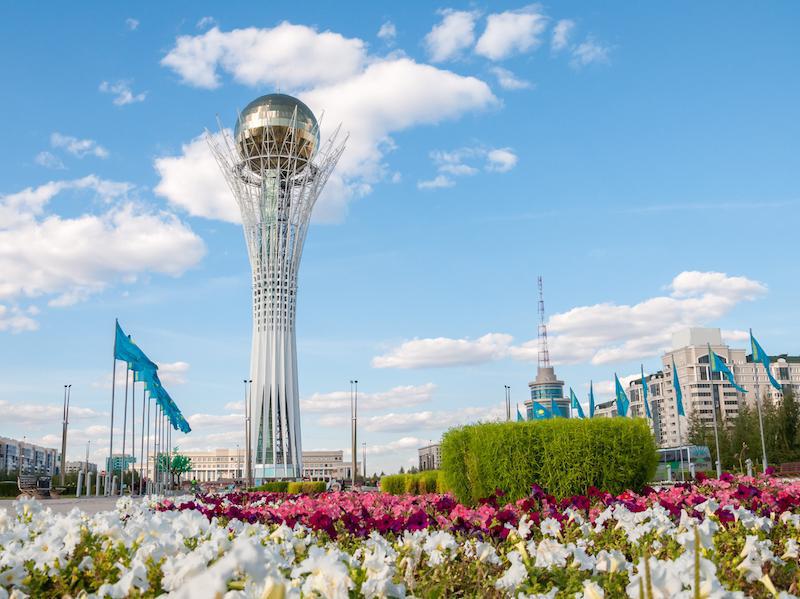 Landlocked Kazakhstan has, in the past, gotten a bad rap for its location near China and Russia, along with its extremist ties. Travelers reported being drugged and mugged, and corrupt authorities pushed the country into a zone where foreigners thought it best to skip a visit.

But since April 2018, Kazakhstan has been a level one-country. In cities like Almaty and Astana, crime rates are lower than in some U.S. cities.

The country’s cities have been used as trading hubs between Europe and Asia for thousands of years, and there’s much to recommend them to travelers. You can also explore (without fretting too much about safety) the country’s stunning coastline and towering mountains.

Do Visit Eastern Europe and Scandinavia 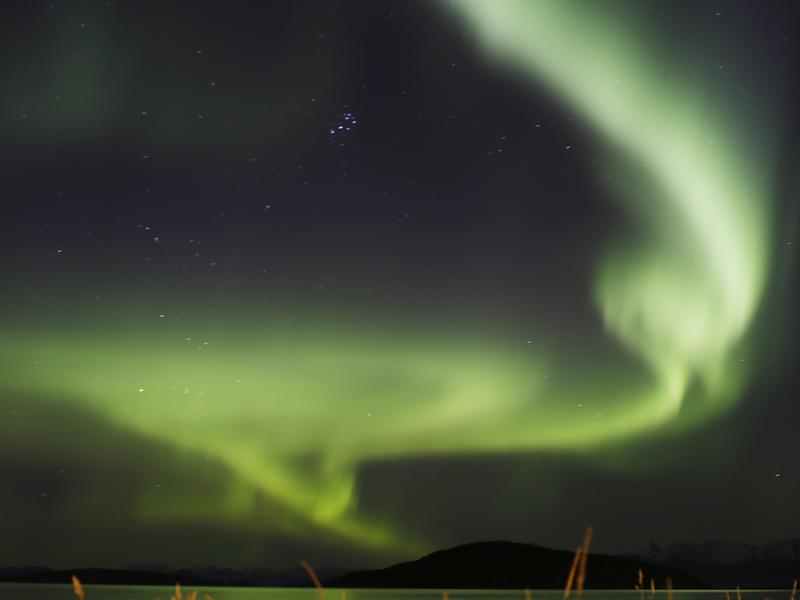 Terrorist attacks are not taking place in Eastern European countries such as Poland, the Czech Republic, Austria, Croatia, Hungary and Slovakia, which are all experiencing a boom in travel with more adventurous Europe-lovers branching deeper into the continent.

Switzerland’s notorious gendarmerie, neutrality and wealth have kept the country on the safe list, and the country has not experienced any terrorist attacks.

Scandinavian countries, with the exception of Denmark, also appear on the State Department’s clear list. Enjoy Norway, Finland and Sweden’s natural beauty, as the countries are revered for their outdoor activities. In the winter months, hordes of tourists visit in hopes of catching the northern lights.